Over the last couple months, we’ve had several coaches and members participate in local competitions! Here’s a recap of recent events for those who missed the opportunity to come out and see our community in action!

In this partner competition held locally at Diablo CrossFit, two teams represented GRCF. Marek and Atchie competed in the women’s Rx division, and Chris M. and Jack (Atchie’s brother who made a visit to compete) competed in the men’s Rx division. Events included a thruster ladder with a snatch complex buy-in, chest to bar pull ups, burpee box jump overs, push presses, pistols, axle deadlifts, partner sandbag runs, ghd sit ups, hspu, and much more! Finals included a waterfall start, knocking bottom finishers off each round. Jack and Chris tied for 8th place to make it to the finals, but despite passing other teams, they couldn’t make up enough time from the waterfall start to make it to the next round. (During the waterfall, teams started the event based on their current placing to reward the teams in the lead). Overall, they placed 7 out of 10 teams in the finals. This was a strong finish considering there were 37 solid teams in the men’s Rx division. Atchie and Marek placed 9th of 25 teams, missing the finals by only 1 place. All around awesome effort by all!

In October, Melissa, Atchie & Sergio put on their singlets and made their way to Crossfit Oakland to compete in the annual Max’s Gym Open!  Both Melissa and Atchie competed in the Women’s 63kg weight class & both went 5 for 6 on their lifts which is great for their first competition!  Sergio weighed in and competed in the Men’s 77kg weight class.  He was able to get a 1kg PR Clean & Jerk!  All three lifters did amazing thanks to the help of coaches Jim and Patrick guiding them through the meet.  They were also cheered on by a great contingent of family, friends & Grassroots community!

Also in October, Melissa, Atchie, Rebecca, Patrick Barnes, and Chris Sutardja competed in their first strongman meet held Santa Cruz Strength. This competition included stone carry & load, farmer’s carry, log clean & press, and deadlift events. While they were all looking forward to pulling a truck, due to rain, that event became a sled pull. All competitors not only had a great time but finished really well in the rankings! In the lightweight women’s division, Melissa placed 1st, Atchie 3rd, and Rebecca 4th of 8 competitors! Patrick took 2nd for the men’s 230# division, and Chris took 3rd in the 200# division. Way to represent, GRCF!

On November 9th, Chris Hench competed in a meet held by Norcal Powerlifting. Chris was able to consistently PR his lifts in training for the meet, and then hit another deadlift PR at the meet! According to Chris, “It was great to see that the powerlifting community is so friendly and welcoming to newcomers (and crossfitters!). It was also encouraging to confirm lifting standards at an official event and to watch lifters from diverse backgrounds (a couple runners were there too). I’d definitely recommend checking it out, but be prepared to spend an entire day there!”

We look forward to cheering on TeamGRCF in more competitions to come… check the calendar at the gym for upcoming events, and let us know if you’re heading out to any events so we can come show some GRCF love! 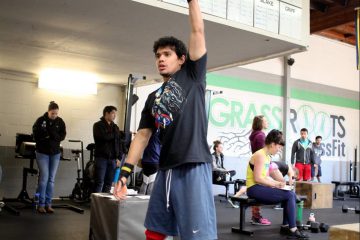 18.1 has been announced…and it’s a long one! If you haven’t checked it out yet, you can find the details here. Please orient yourselves with the standards and rules so you know what to expect. Read more… 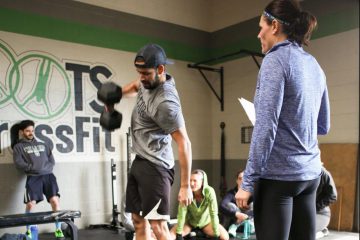 With the holidays behind us, we will be continuing our focus on the upcoming CrossFit Open, now launching full-steam into our Open Prep cycle.  For those of you new to CrossFit, the Open is a Read more… 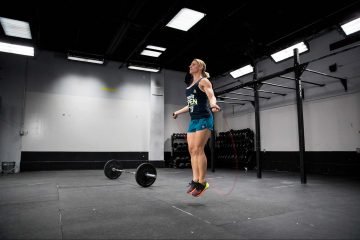 The last workout of the open has been announced, and as we thought, it’s going to be thrusters and double-unders! Luckily, no dumbbells (phew), so we’ll be using a barbell loaded with 95# and 65#.  Read more…